Elevate your skills Above the MAX with our private basketball training!
Available In-Person and Virtually!
IN-PERSON TRAINING
VIRTUAL TRAINING

Get professional basketball training with Coach Art personally and his staff! By working 1-on-1 with Coach Art you get undivided attention and very specific instruction to take your game ABOVE THE MAX!

Our most popular discount EVER!

There’s no better way to make sure you’re practicing perfect than with PROFESSIONAL BASKETBALL PLAYER Coach Art Morrison III and his “BE PERFECT” mentality.

Our 1 on 1 private basketball training is designed to ELEVATE YOUR GAME efficiently with GUARANTEED RESULTS.

Coach Art is able to directly assess and create a plan to enhance your skills and reach your MAXIMUM POTENTIAL! 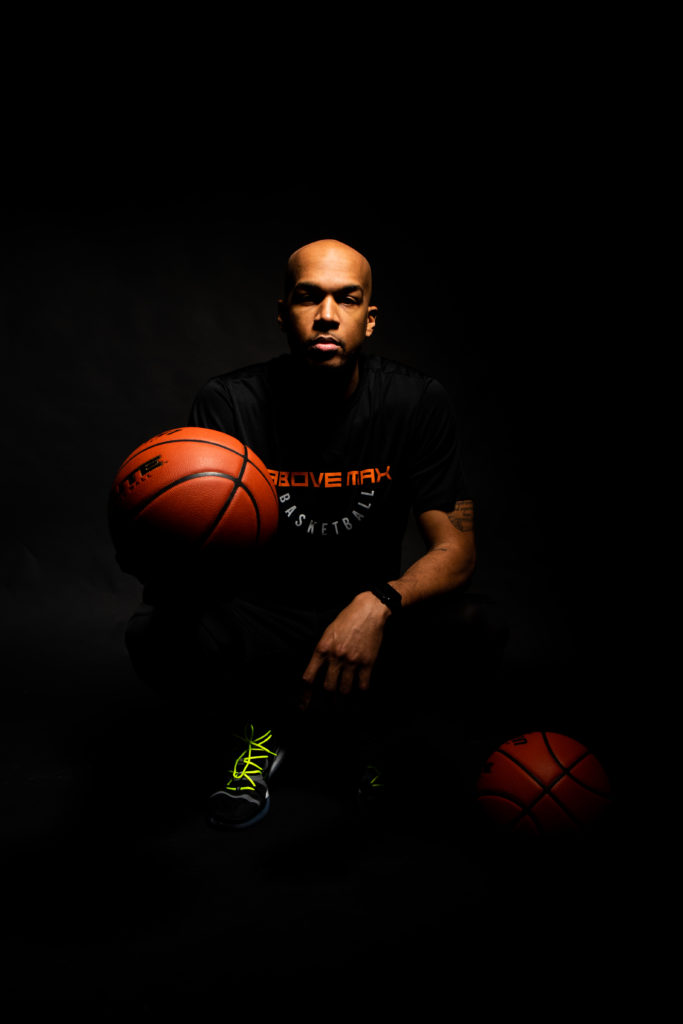 My name’s Art Morrison but all my students call me “Coach Art”. I’ve been competing myself and training the stars of the next generation for 20+ years.

I’m working to revolutionize basketball training for the youth. By placing an emphasis on my craft and developing an appetite for knowledge that extends well beyond the court, I strive to be the BEST instructor in the nation.

Over the years, I’ve had to overcome A LOT of obstacles. Many of them would have cause others to quit… From tearing my ACL & Meniscus in 2012, to being snubbed in the NBA D-League draft in 2015.

But what it’s taught me is to how to become desensitized to FAILURE. I don’t fear it anymore, and you shouldn’t either.

But now as I’ve transitioned into becoming a Basketball Training Instructor, I’ve been able to give back to the community and help build the stars of tomorrow.

To this date I’ve blessed with the opportunity to coach and mentor hundreds of Athletes in my local community and across the nation. I’ve become passionate about it because the truth is, without putting in the focused practice, there is no making it to the next level…

So, I decided to create an Organization (AboveMax Basketball) that would become the manifestation of all of my countless hours in the gym and on the court. I wanted to share my strategies and secrets on what it takes to play Pro Ball at a High-Level.

Previous
Next
elevate your skills!

Master Every Skill You Need To Score More, Perfect Your Shot, And Have "Kyrie Like" Handles & Learn From A Former Pro!

Drills designed to refine and DRASTICALLY improve your shooting consistency

The foundation of everything you do in Basketball... We make it a core focus of our training

Ready to develop offensive moves that allow you to score at will? Time to become a scoring machine

Your mental game is always the most overlooked. At AboveMAX, we train the brain

If you're looking to improve and take your game to the next level, I know how frustrating it can be

I’ve been there. When I started out playing basketball I was NOT coordinated.

I was the “goofy kid” with glasses and goggles.

I had athletic potential but I also was not a stand out player by any means.

I hadn’t grown into my body yet, which hurt my confidence and made me extremely passive… Always deferring to my teammates.

In fact, I was among the bottom three worst players on EVERY team I played for from ages 10-13.

It wasn’t until the 8th Grade, that things started started to shift for me.

What took my game to the next level was the willingness to work on my skills when NO ONE ELSE was.

I would get up EARLY and train…

I would stay up LATE and train…

I knew I was putting in the WORK that no one else was willing to do.

After practice, most people didn’t even think about doing more training… But THIS is where you get ahead of the pack.

At this point I finally got contact lenses which allowed me to play with more confidence. On top of that, My Dad and my older brother were both recently released from prison.

I felt their presence was huge and even began to play more aggressive and with some added swagger.

But, what would happen next would change my life forever…

Surprisingly enough, I was able to make the cut and join the team. We went on to win states that year! This opportunity allowed me to travel the country playing against other high-level talent.

And even though I rode the bench most the time, making this team was a blessing!

It allowed me to get exposed to the REAL WORLD of basketball and it what it really took to be great.

Back then we didn’t have Youtube and Instagram so this was the ONLY way to see other talent and get inspired.

It was at this very moment after the summer of traveling that I decided to dedicate my life to basketball.

🚫 I stopped playing ANY other sports.

🚫 I didn’t even really engage many other activities.

✅ I went ALL IN with the game of basketball.

Get professional basketball training with Coach Art himself! By working 1-on-1 with Coach Art you get undivided attention and very specific instruction to take your game ABOVE THE MAX!

Coach Art delivers nothing but exceptional knowledge and work ethic.

Hear what parents and students have to say about our basketball training!

Don’t just take our word for it, listen to what parents and students have to say about Above MAX Basketball by watching this short video!

"I've never been forced to work harder than with Coach Art"
Kyle
"Art coaches with honesty. He provides the criticism we don't always want to hear, but it always prepares us for the future."
Casey
"Thanks to Coach Art and Above Max Basketball Training, Josh has earned a starting spot on Varsity... AS A FRESHMAN!"
The Hayes family