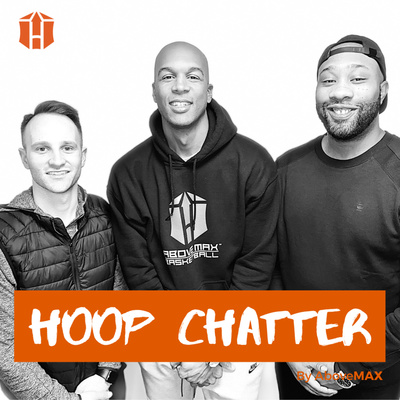 Meet our two new superhosts! In episode three we introduce Kevin Tarca and Rob McPherson! We dive into their backgrounds and how they became who they are today. Art, Tarca, and Rob discuss what is to come on the Hoop Chatter Podcast as well as their favorite college team, NBA team, and player. Be sure to look out for new episodes weekly.

Art Morrison graduated from Caldwell University with a B.A. in Communications, Minor in Sociology in 2013. While there he was a 4 year member of the NCAA DII Men’s basketball team and was named captain three years. After graduating from Caldwell College, Art went to play professionally in the Proliga (Portugal) for Angrabasket; once again being named captain. Art was also the leagues leading scorer.

Kevin studied finance and economics at Quinnipiac University and was a member of the men’s basketball team from 2008 – 2012. He obtained his masters degree in sports management & marketing (via the Euroleague Basketball Institute) from Ca’ Foscari University located in Venice, Italy.
He founded Kreation Talent Agency in 2017, a boutique, NBPA & FIBA certified agency which represents professional basketball players around the world.
If you have any questions about professional basketball, his overseas experience or how to apply your passion for sports to your own life, hit him up!!

Robert attended Caldwell University from 2009-2011 and Widener University from 2011-2014. He was a member of the basketball team at both universities and a 2 year Co-Captain at widener from 2012-2014. He majored in Business Management with a concentration in Marketing.

Post Basketball Career Robert has been working in Healthcare the past 6 years in various recruiting roles – most recently with the last two years being a Relationship Recruitment Manager for Allegis Global Solutions on their RPO Lifebridge Health Account.